This is a really interesting article which talks about the next exciting step in Lymphedema Surgery. I really like the sounds of what they are doing. My surgeon discussed this technique with me recently and she believed it was the  next step for surgery and sounded promising. Fingers crossed.

UNION CITY, Calif.–(BUSINESS WIRE)–Fibralign Corporation announced that Stanford University has started enrollment in its investigator-led clinical study to evaluate the efficacy of a new surgical device for treating secondary lymphedema.

The trial will evaluate the effectiveness of Fibralign’s BioBridge™ Collagen Matrix in supporting and guiding lymphatic repair in patients with acquired lymphedema of upper and lower extremities. Stanford plans to enroll at least 36 patients into the study, which will utilize BioBridge as an adjunctive interventional device for vascularized lymph node transfer (VLNT) surgery. VLNT is an increasingly practiced micro-surgical procedure for patients with lymphedema, in which an auxiliary lymph node is autologously transplanted as a tissue flap to the treatment area.

BioBridge is a sterile implantable biocompatible and biodegradable surgical mesh that has 510(k) clearance from the FDA for use in surgery to reinforce and repair soft tissue where weakness and deficiencies exist. The device is not cleared for the treatment of lymphedema. This novel medical device is made of highly purified collagen and is created with Fibralign’s patented Nanoweave™ technology. In a recently published preclinical study performed at Stanford University, BioBridge was shown to support and promote the formation of new lymphatic vessels (lymphangiogenesis) by encouraging endothelial cell attachment, alignment and migration, which are prerequisites for new lymphatic vessel formation.

“Based on results from our published successful large animal study, the research suggests that BioBridge has the potential to facilitate a truly successful surgical intervention that may restore lymphatic function, reduce swelling, and dramatically improve the patient’s quality of life,” said Stanley G. Rockson, MD, the study’s lead investigator. Dr. Rockson is Professor of Cardiovascular Medicine at Stanford University and Director of the Stanford Center for Lymphatic and Venous Disorders.

Later this week Fibralign will report preliminary results in a separate and ongoing pilot clinical study evaluating a new surgical procedure using BioBridge for treating patients with breast cancer related lymphedema. This study was initiated in October, 2015 and is being conducted in cooperation with Instituto Oncológico Dr. Heriberto Pieter (IOHP), the largest cancer hospital in the Dominican Republic. Preliminary findings from this study are being presented at the National Lymphedema Network (NLN) International Conference being held in Dallas, Texas on September 1-3, 2016.

“We continue to be impressed and encouraged by the progress that Fibralign has been making toward providing new treatments for lymphedema since the NLN first recognized the Fibralign with its 2014 Best New Innovator Award,” said Patricia Egan, CEO of the National Lymphedema Network (NLN). “In addition, as a lymphedema patient, I am grateful for Stanford’s research efforts and their collaboration with companies like Fibralign in developing new technologies to enable more treatment options.”

More information about this study and enrollment can be found at www.ClinicalTrials.gov (Identifier NCT02734979: “Prospective Evaluation of the BioBridge Scaffold as an Adjunct to Lymph Node Transfer for Upper Extremity Lymphedema”).

Full article can be found here: 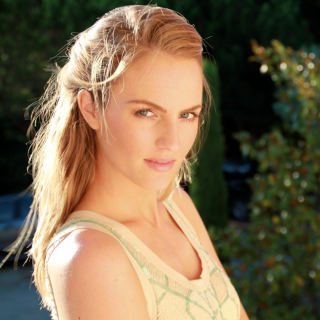